Faculty of English Language and Literature

Oxford’s English Faculty is the largest in Britain, and one of the most illustrious Schools of English in the world. Established in 1894, it has numbered among its members some of the most important critics and scholars in the field, including J.R.R. Tolkien, C.S. Lewis, Edmund Blunden, Nevill Coghill, Helen Gardner, Richard Ellmann, Terry Eagleton, and many others.

We are now home to nearly eighty Professors, Readers, and Lecturers, with about the same number again of Tutors and Research Fellows based in Colleges. At any one time, there are roughly a thousand students studying within the Faculty at undergraduate level, and another three hundred at graduate level in the largest English graduate school in the country.

Traditionally teaching and research in the Faculty has covered the entire history of literature in English from the Anglo-Saxon period to the present day, along with language studies. More recent growth areas include world literature and film studies.

Each lecture in this series focuses on a single play by Shakespeare, and employs a range of different approaches to try to understand a central critical question about it. Rather than providing overarching readings or interpretations, the series aims to show the variety of different ways we might understand Shakespeare, the kinds of evidence that might be used to strengthen our critical analysis, and, above all, the enjoyable and unavoidable fact that Shakespeare's plays tend to generate our questions rather than answer them.

More podcasts relating to the Faculty of English Language and Literature. 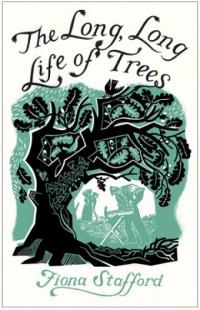 Fiona Stafford explores the various relationships between human lifestyles and trees, from mytholody to medicine. Facts and fables around seventeen common trees are explored, and the uses of wood, the importance of trees in slowing climate change, and the threats of tree diseases are all discussed in a rich book filled with unusual and fascinating facts.

More Publications from the Faculty of English Language and Literature.

The War, Literature, Culture research cluster brings together academics from across the English Faculty and acts as a point of contact for those outside it.  Our research ranges from the medieval period to the 21st century.  We explore the intersection of war with literature and culture in a variety of areas: language, genre, gender, editing, life-writing, travel-writing, digitisation, commemoration, journalism, visual representation, religion and literary theory.

More Research Projects and Centres from the Faculty of English Language and Literature.