Launched in May 2013, TORCH provides an important opportunity for Oxford’s humanities scholars to collaborate with researchers across other disciplines, and institutions; work with academics across all stages of their academic careers; develop partnerships with public and private institutions; engage with wider audiences; and bring together academic research, diverse industries, and the performing arts.

TORCH is led by an academic director: Professor Philip Bullock.The previous TORCH Directors have been Professor Elleke Boehmer (World Literature), 2015-2017  and Professor Stephen Tuck (Modern History), 2012-2015. TORCH has continued to be a nucleus of intellectual energy for the humanities and a place to develop new ideas and collaborations both within and beyond the academy. During 2014-15, TORCH hosted almost 400 events, involving over 13,000 people, supported 400 affiliated researchers, Knowledge Exchange and Early Career Fellows, 21 networks and 10 programmes. Since its creation, TORCH has raised £1.2million in grants and philanthropy so far to develop research projects.

TORCH hosted a range of interdisciplinary projects, collaborating with all 9 humanities faculties, departments in the sciences, and cultural organisations. Some of the highlights included the launch event for its headline series Humanities and Science ‘Narrative and Proof’ which had an audience of over 450 and was livestreamed around the world, ‘That Other Place’ exhibition at the O3 Gallery in the Oxford Castle Quarter, Ian Bostridge as the Visiting Professor in Classical Music, and hosting the Callaloo Writers’ Workshop, the leading journal of African Diaspora, Arts and Letters.

Podcast: Death at the Museum 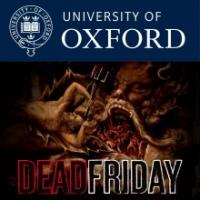 A series of bite-size talks by Oxford academics exploring the theme of death at the Ashmolean Museum's Halloween DEADFriday event, in collaboration with The Oxford Research Centre in the Humanities (TORCH).