Among subjects in the  Humanities, Asian and Middle Eastern Studies is unique in introducing students to cultures and civilisations that do not usually form part of the mainstream curriculum in British schools.  The courses present both the major traditions of the regions studied and, in most cases, their modern developments. All courses include  language, literature, history and culture, and there is a wide range of options in such fields as  art and archaeology, religion, and modern social studies. The following are the principal areas of study:  the Islamic World,  Hebrew and Jewish Studies,  Eastern Christianity,  Egyptology and Ancient Near East,  South and Inner Asia,  and  East Asian Studies.

The subject area has a long history in Oxford, and a broad range of non-European languages and literatures were taught in Oxford by individual professors and tutors as early as the 16th century.  The Faculty has continued to grow and develop, not only in its areas of specialisation, but also in its rejection of colonial and Euro-centric ideologies. We consider it essential to understand the cultures we study from within, by treating them as independent agents and understanding what they have to say about themselves, as documented in their own oral and written literatures and material cultures.

Most courses offer the opportunity to spend time in the region being studied. The  Arabic course includes a year in the Middle East, the  Persian and Turkish course s a year in Iran or Turkey respectively, the  Hebrew course  an optional year in Israel, and students of Chinese and Japanese spend their year abroad in China and Japan, where they attend a course at a university which has been especially designed for Oxford’s undergraduates.

Oxford’s resources in Asian and Middle Eastern Studies are outstanding: The Bodleian  and other libraries have acquired magnificent collections of manuscripts, secondary literature, and electronic resources, and adjacent to the Oriental Institute is the  Ashmolean Museum, which houses superb collections of Asian and Middle Eastern art. The Faculty welcomes visiting scholars and visiting research students who wish to make use of these resources during a stay in Oxford. For further information or to contact us, you can visit our website: https://www.orinst.ox.ac.uk/

Information on past and ongoing research projects can be found at https://orinst.web.ox.ac.uk/article/our-research 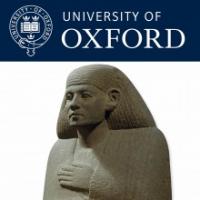 Lectures and workshops on the study and research of Ancient Egypt and Egyptology.

Further Podcasts on a wide range of topics, ranging from poetry to the Qur’an to Tibetan Studies, can be found here

More podcasts from the Faculty of Oriental Studies 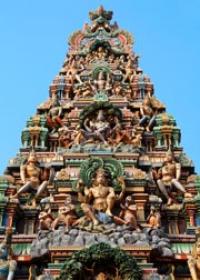 Recent research in the history of early modern South Asia has emphasized its remarkable commercial, political and cultural successes. By the middle of the seventeenth century the region had emerged as the world’s premiere exporter of craft manufactures. Externally, the Mughal imperial state had established itself as a major player in the exchanges between Asia’s emerging ‘universal’ empires, and within the region had devised a framework of rule effective in its ability to incorporate regional power-holders in return for support for their own local authority. The region was also home to an extraordinarily fertile linguistic and literary landscape, in which regional vernaculars flourished and in a complex interplay with the cosmopolitan languages of Persian and Sanskrit. Underpinning these changes and linking together the worlds of court and household, temple and lodge, market, manufactory and military camp, were developing networks of specialists - service and scribal people - who constituted a vital resource as much in the households of local elites as at the courts of imperial and regional states.

More research projects and centres from the Faculty